To randomize timestamp column in mysql You can use the following statement:

Show images depending on the browser's width with CSS only

I had the make promo offers sections form our site. Usually this is an easy task but the requirement on this case was to preserve the full page width design and keep the page usable for 600px wide screens.

So let’s start with the HTML portion.

The HTML will render as this:

Let’s add a little css to get the desired effect:

Which brings the following results: 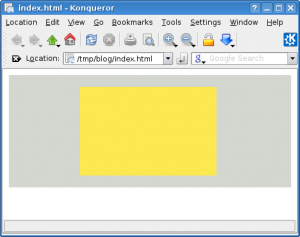 You can play with the example here.

Some workarounds to alter columns position in Postgres

Sure, it’s not possible to create alias for database in MySQL but here’s a good workaround. Don’t forget to set the perditions for the alias as well.

Bash doesn’t have chomp command but you can use tr to get rid of \n \r (and other) characters.

SQL_CALC_FOUND_ROWS (kind of) for postgres

When I switched from MySQL to PostgreSQL, one of the things I missed the most was the ease of paging using SQL_CALC_FOUND_ROWS and SELECT FOUND_ROWS() afterwards. One of the places I use it heavily is in my Table class, which generates, sortable, filterable and paged HTML table based on an SQL Query. The tough spot was to get all the records’ count, without supplying second query.

I found the solution in ADODB’s Pager class and it is the following:

Given the query: [SQL] (without LIMIT and OFFSET), execute the following query:

I know it’s not as easy as SQL_CALC_FOUND_ROWS but it works;

I had to modify the search algorithm today, the idea was to fetch the exact matches first then the split words matches. The status quo was:

I wanted to be sure that the result from the first sub-query are before the second one. The first thing that kame to my mind was:

but unfortunately this breaks the UNION DISTINCT clause and the results are duplicated.

I came out with the following solution:

If you happen to use rt73 wireless with serial monkey drivers, and after upgrading the wireless stopped to work, take a look at this thread on how to fix it. The good news is that rt73 adapters now work out of the box with Hardy.

A great article about tags database schemas can be found here.